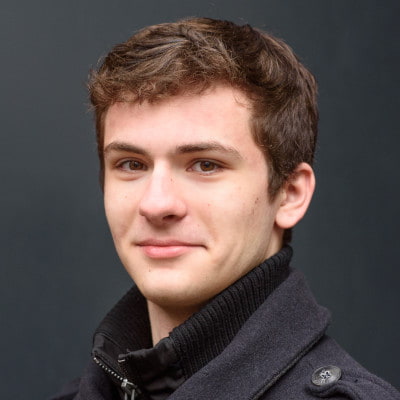 Jasper de Bock (2003) is an 18-year-old composer and pianist from Best in the Netherlands. He is currently studying composition at the Royal Conservatoire of the Hague with Martijn Padding and Jan van de Putte.

Jasper started composing at the age of 7 when he found an old keyboard in the attic of his house and hasn’t stopped since. He has won numerous awards and competitions such as the Royale Conservatoire prize for Young Composers (winning it twice); the first, second, and third prize of the Tchaikovsky Symphony Festival Composition Competition in Saint-Petersburg; the first prize in the national Princess Christina Concours for composition.

Despite his young age, Jasper has already written for numerous orchestras and ensembles such as the Dutch wind ensemble, the New European ensemble, the Ereprijs Orchestra, St. Petersburg Governor’s Symphony Orchestra and many others. 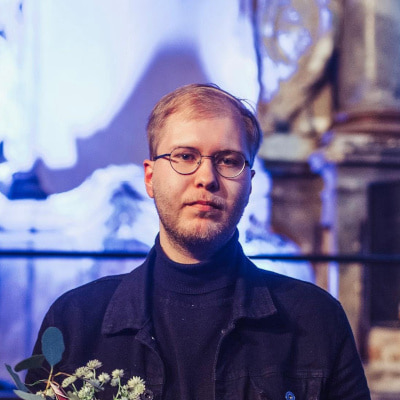 Lukas Butkus (2000) is a Lithuanian composer and pianist currently studying composition at the Lithuanian Academy of Music and Theatre (class of prof. Vaclovas Augustinas).

Besides performing as a solo pianist, Lukas is part of Vilnius based contemporary music ensemble Artisans. His works, which in an esthetical sense balance between irony and sincerity, have been performed by Vilnius municipal choir Jauna Muzika, Chordos string quartet, ensemble Artisans, piano trio FortVio and others.

As an amateur writer, in 2019, Lukas published his debut novel. He also writes short fiction, poetry and pieces for theatre. 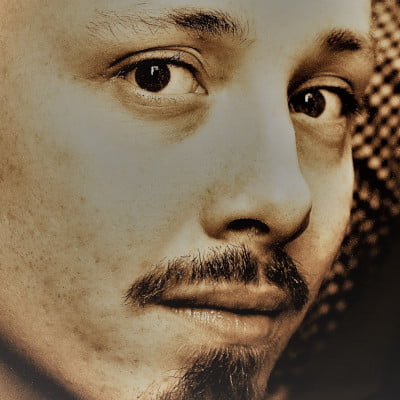 Roman Czura (1989) studied composition in Darmstadt, Kraków, Rīga and Katowice. After graduating with the highest marks, he started to teach at his silesian Alma mater and obtained in 2019 a DMA in music composition.

Writing in a moderately contemporary style – not breaking with European tradition, whilst not excluding the new – Roman's main artistic focus is on orchestral and other instrumental music. His music has been awarded several prizes at national and international composition competitions in Europe, Korea, and the United States. 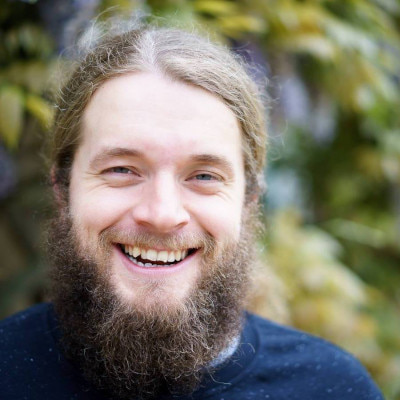 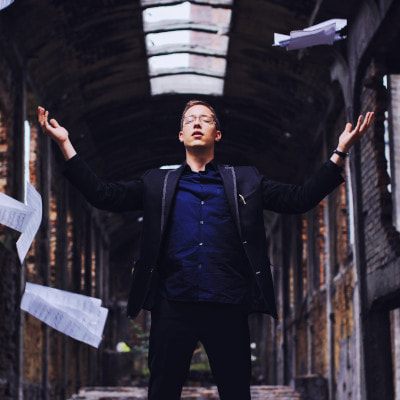 Przemysław Scheller (1990) was born in in Gliwice, Poland. In 2018 he obtained Ph. D. in arts promoted by Jarosław Mamczarski. Przemysław graduated from the Karol Szymanowski Academy of Music in Katowice in the composition classes of Aleksander Lasoń and Conservatoire National Supérieur de Musique et Danse de Lyon's class of Philippe Hurel and Michele Tadini, receiving a master's in arts diploma with honors. He works as an assistant professor at the Academy of Music in Katowice.

Przemysław also plays ethnic instruments, although his main area of interest is electroacoustic and chamber music. His compositions are published by BabelScores in Paris, France, and Lyon&Healy Publications in Chicago, USA.